White Tail Spiders – All you need to know!

White tail spiders (Lampona spp.), sometimes call white tip spiders, are found across Australia. There are some 60 species of white tail spiders, but the two most common species are Lampona cylindrata and Lampona murina. L. cylindrata is found south of a line from southeast Queensland across to Western Australia and L. murina is found all the way up the east coast from Victoria to northeast Queensland. However, the behaviour and appearance of the two difference species is very similar.

White tail spiders have a distinctive body shape, with their abdomen being long and thin rather than round or oval shaped as in most other spiders. The body of the female is up to 18 mm long with a leg span of 40 mm, the male is smaller with a body of up to 12 mm. Their body is dark grey / black with two pairs of white spots on the abdomen and a white spot at the tip (from which it gets its name). The white spots on the main part of the abdomen fade as they get older. The legs are dark with orange bands. 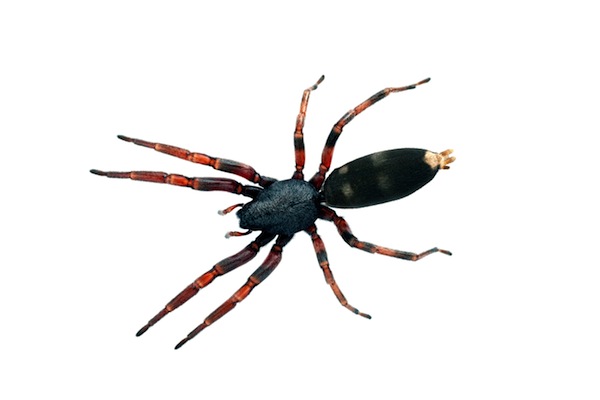 Where do white tail spiders live?

Outside they live beneath bark and rocks, and also in the leaf litter in gardens. They like tight narrow spaces, which is why they will also like squeezing between any clothes or sheets left on the floor inside!

White tail spiders are more common in summer and autumn, when the numbers of other spiders on which they feed (such as black house spiders) are at their peak. They are also more common inside during the warmer months to escape the heat.

White tail spiders do not build webs. They are a running / hunting spider, leaving their hiding place at night to hunt for other spiders, typically web building spiders, including redback spiders and black house spiders. The don’t return to the same hiding place each night.

However, when they are ready to breed, the females build a temporary silk retreat where they lay their egg sacs, which contain up to 90 eggs.

The idea that a white tail spider bite can give rise to necrotic arachnidism – a “flesh-eating” spider bite – is an urban myth!

There is nothing in the white tail spider venom that can cause necrosis.

Furthermore a 2003 scientific review of some 130 confirmed spider bites, there were ZERO cases of necrotic arachnidism.

However, one common cause of necrosis is through bacteria which get into the skin after a bite or indeed any wound. This is certainly possible after a spider bite (of any species), especially if the bite is not cleaned or continually scratched to alleviate itching.

How to get rid of white tail spiders

Keeping the perimeter of your home clear of vegetation and garden beds, and ensuring your insect screens are in good order and well fitting, will also help. 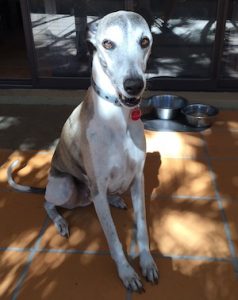 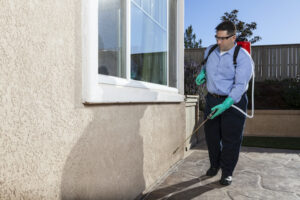 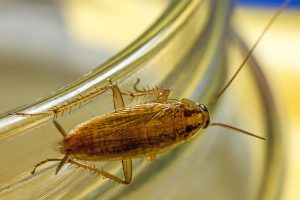